and the first Young lady in Texas 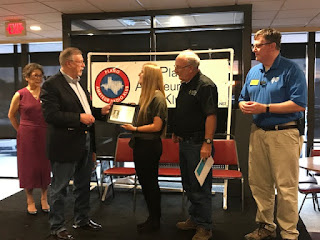 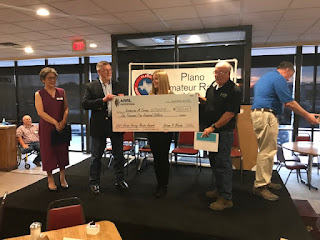 While Katherine is the first ever North Texas amateur Radio op and the first YL in Texas to receive this prestigious award, she is far from a stranger to receiving awards and making milestones. Having received her first Amateur Radio license at the young age of 15, in 2018 she was the recipient of the First place award in the Plano, Texas District Science Fair and went on that same year to secure second place in the Dallas Texas Science and Engineering Fair.

In early 2019 while campaigning to become the ARRL North Texas Section Manager (SM), I was afforded the opportunity to see a Ms. Forson do a rehearsal presentation for her third science fair competition, I was so impressed I decided that if I became the new SM  I would waste little time asking her and her parents if she could be our Section Youth Coordinator.

In May of 2019, I appointed Ms. Forson KT5KMF as  the ARRL North Texas Section Youth Coordinator, She has of course excelled at her position being one our most active and engaged ARRLNTX Section Staff Members. It is a great honor to have come to know her and her parents. (Steve KG5VK)